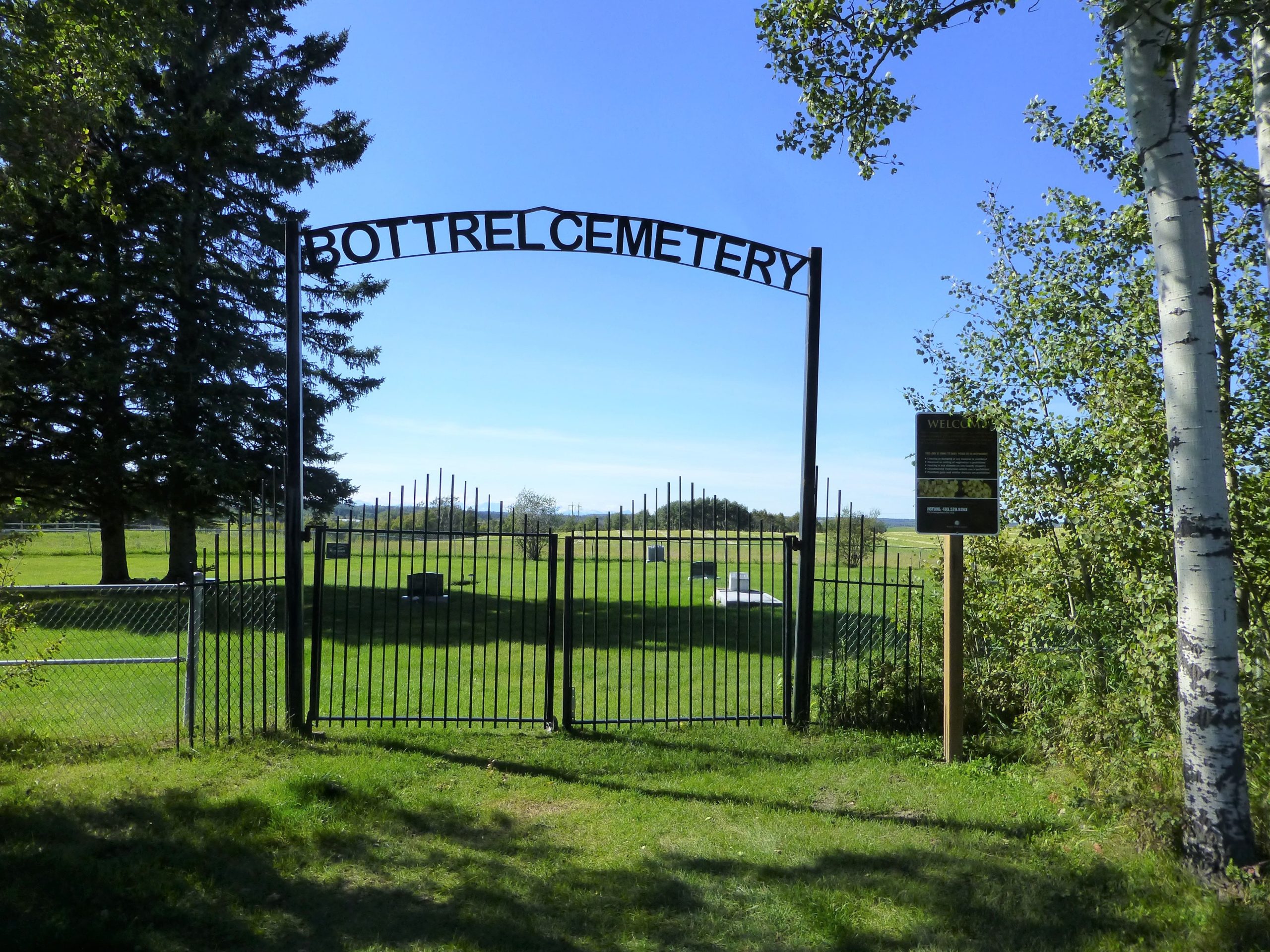 Bottrel Town History
Bottrel is a hamlet in southern Alberta under the jurisdiction of Rocky View County. It is located approximately 65 km northwest of Calgary, just off Highway 22 on Township Road #283. Bottrel features a historic general store with campground. The population of Bottrel according to the 2018 municipal census conducted by Rocky View County is 5 people.

Edward Botterel was an early settler who arrived in the area circa 1888. The local post office operated from December 1, 1909 to March 31, 1969, and was named after Botterel despite the erroneous spelling of Bottrel at its adoption. The error was never corrected and the misspelled name is used to this day.

Bottrel Cemetery
The rural Bottrel Cemetery is located one kilometre south of the Bottrel General Store, on a hill overlooking a beautiful valley.
Originally named the Westbrook Cemetery, it was developed at the turn of the century. The land was transferred to the County in 1963, from the Estate of the late John T. Boucher. The Cemetery holds many family members of the early settlers from the area. Of historical interest, there is a Civil War Veteran interred in the Cemetery.

The Bottrel Cemetery is maintained and operated by Rocky View County. The cemetery offers Full Size Plots that can accommodate one casket and up to four urns, as well as In-Ground Cremation Plots for up to four urns.