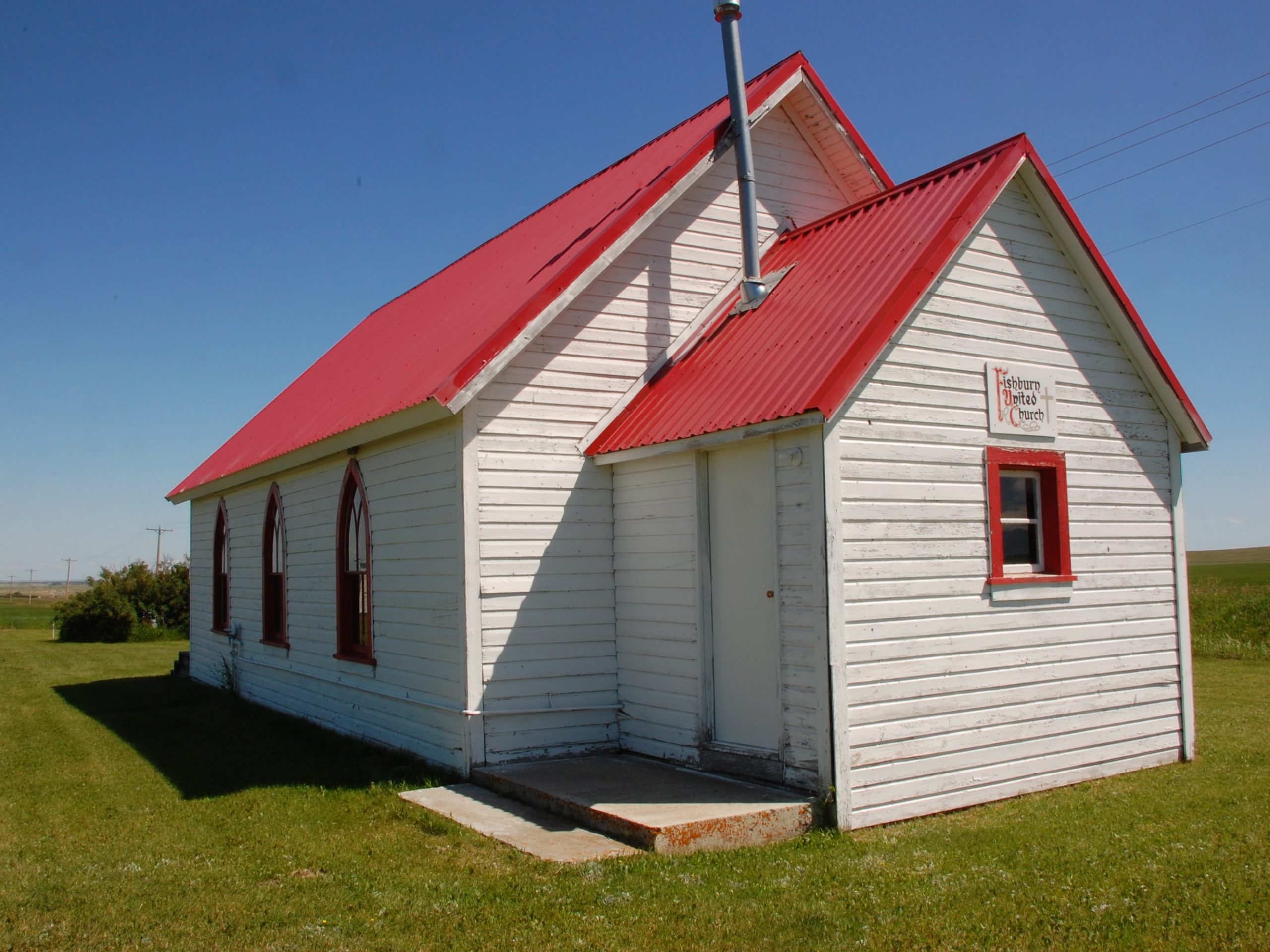 Fishburn United Church cemetery is 26km southeast of Pincher Creek via secondary Highway 507. The Fishburn district is one of the oldest agricultural settlements in the Pincher Creek area. The first pioneers arrived there as ranchers and homesteaders in the early 1890s. By 1894, the old Fishburn School District was established, the first of the 39 country schools in this area. The original school now sits as a historical building at Kootenai Brown Pioneer Village. Its second school, opened in 1948, serves as the Fishburn Community Hall.
Also established in 1894 at Fishburn was the post office, an integral part of many early rural localities. It operated until 1942. The community’s traditional business core included a blacksmith shop and general store operated at one point by Richard Wittkopf and his family. The settlement’s Presbyterian, now United, Church dates back to 1904.
Among pioneer families from Fishburn were the Blackburns, Swinneys, McClellands, Lawrence E. Dimsdale, Slaters, Harveys, Pounds and Thomases.