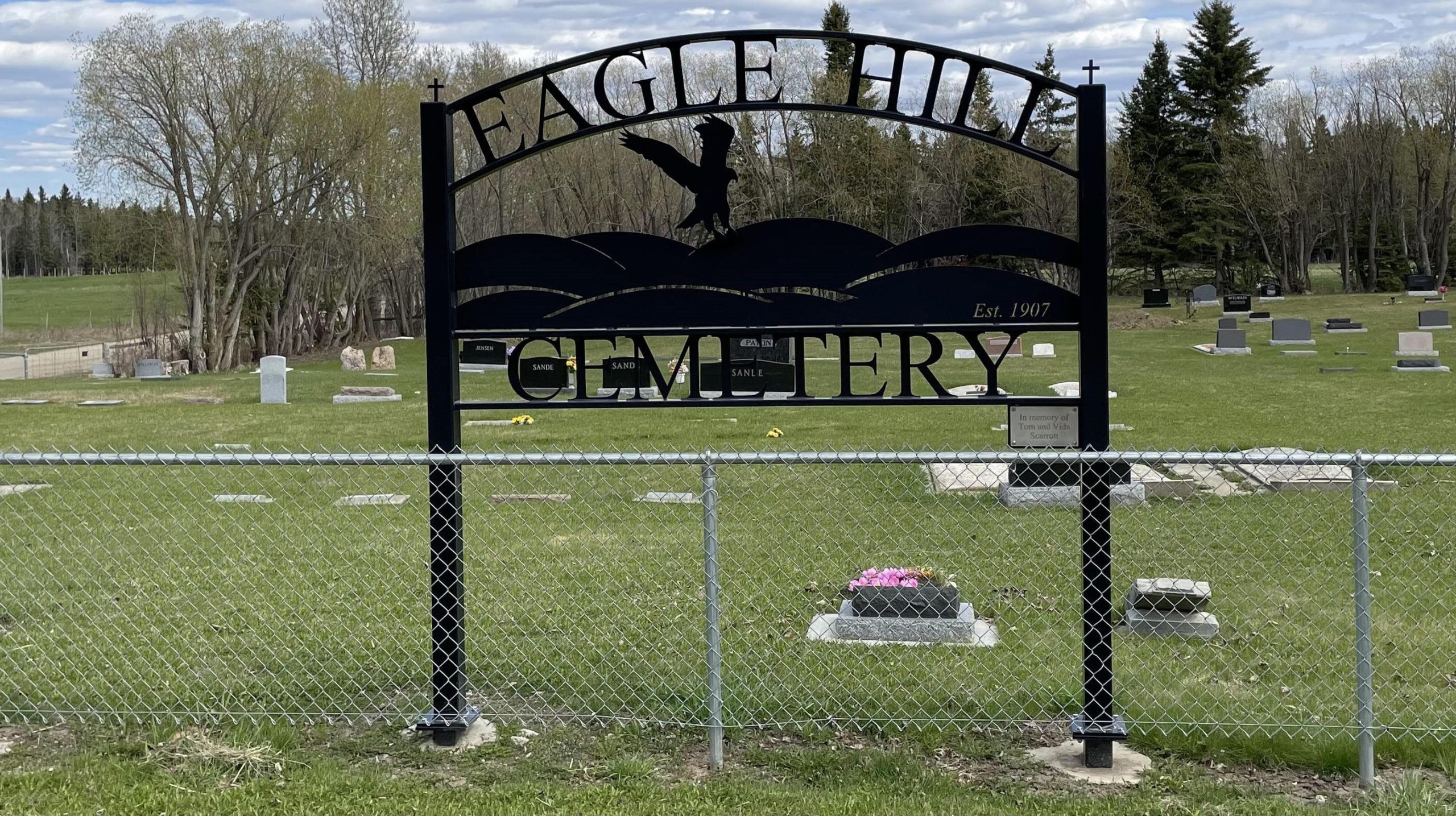 Eagle Hill Cemetery is situated 26 km northwest of Olds. As of 2022, 361 persons were interred at Eagle Hill. Since there is little information to be found on this cemetery on the internet, a short history and write-up on the town of Olds will follow.

Battle of Olds, June 3, 1907
The Canadian Pacific Railway attempted, for the third time, to close a second crossing of its rail line within the Town of Olds on June 3rd, 1907. The much needed crossing had been authorized by the Canadian Pacific Railway and constructed by the Town of Olds using town funds. Fifty workmen, several CPR detectives and CPR Superintendent Niblock, along with twelve armed Mounted Police confronted Mayor Billy Dean and more than four hundred people, some rumored to be armed. The Battle of Olds ended after the arrest of several of its citizens, including most of the town council, and when Constable Dufus of the Mounted Police read the Riot Act, threatening to give the order to shoot.

Olds was the birthplace of 4-H in Alberta
In 1916 Olds College Principal Elliott created swine raising clubs that became the basis for today’s 4-H (Head, Heart, Hands and Health) Clubs. Preparing to show livestock at exhibitions quickly became a popular activity for school children throughout Alberta” (SEEDING SUCCESS, The Story of Olds College Since 1913, by Barry Potyondi, pgs. 96-97). Members of the first Pig Club of whom we have record were Lawrence Fisher, Harry Moritz, Annie (Reddon) Duggan and Tom Hutchinson” (OLDS – A History of Olds and Area, pgs. 456-457).

Present day economy
Olds has its own fiber optic Internet Service Provider called O-Net that provides gigabit speeds to its residents and businesses. The service cost the town about $21,000,000 to install. Olds has a big-box retail centre which opened in 2008. It features a Walmart, Canadian Tire, Home Hardware and other major retailers.