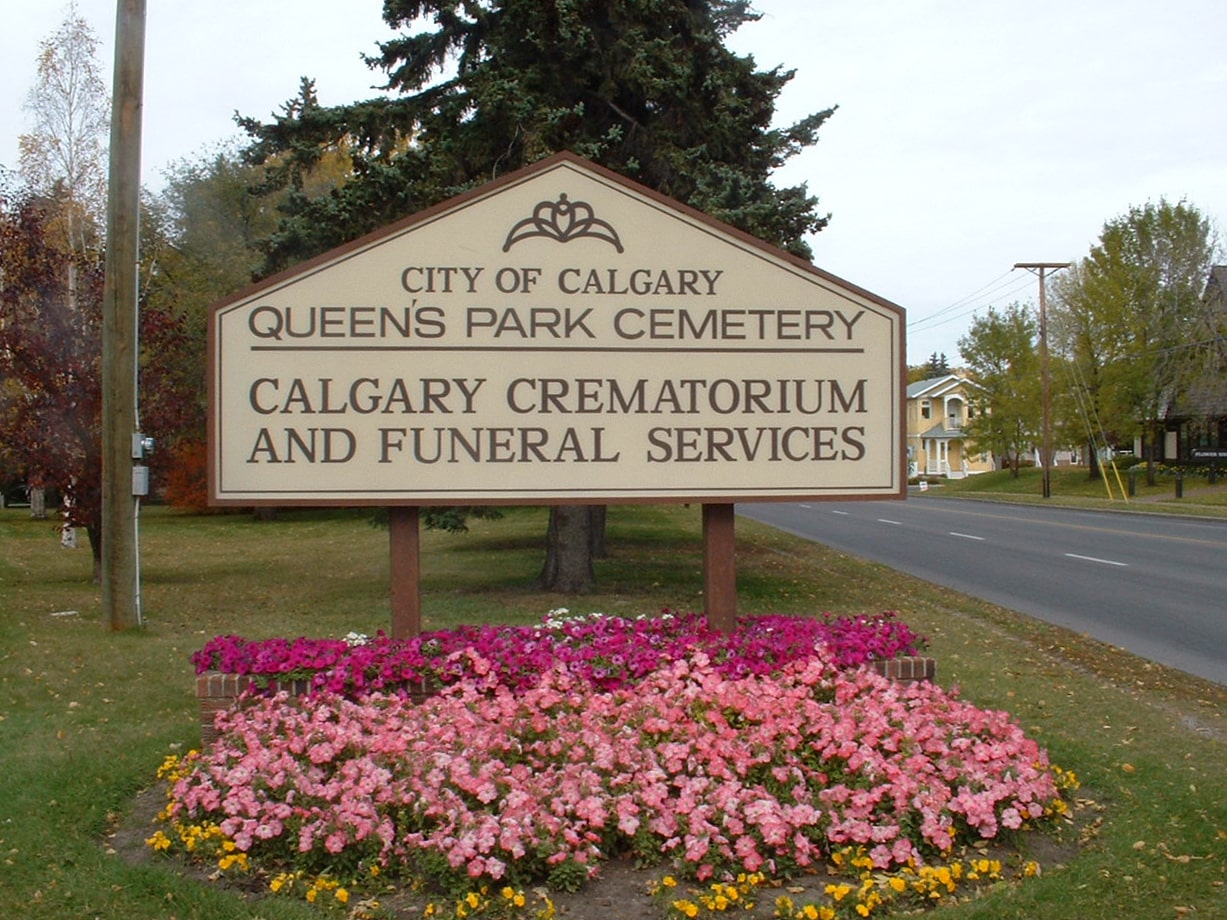 With the object of making Queen’s Park cemetery on the North Hill a thing of beauty; members of the Civic Park and Playgrounds Committee got together with W. R. Reader, the Park Superintendent, to develop this Cemetery since both Union and Burnsland Cemeteries were near capacity. From the beginning, Queen’s Park was designed to be more park-like with separate sections containing both flat and upright monuments. There are two original sections: one for graves with monuments, and one with only markers (flat stones set flush to the ground) to lessen upkeep costs. In the summer of 2004 Queen’s Park Cemetery had its’ 50,000th burial. Currently, over 65,000 people are buried at Queen’s Park. As there wasn’t any more room in Burnsland cemetery for military burials, another large section was developed in Queen’s Park, called the Veteran’s Field of Honour.

The cemetery is nearing capacity. A plan is in place to expand the cemetery into adjacent green space. This will allow Calgarians to continue to choose Queen’s Park as their final resting place for several more years.

Queen’s Park contains Calgary’s only indoor climate-controlled chapel and mausoleum. The mausoleum is a peaceful, tranquil atmosphere inspired by the natural beauty of Calgary’s surroundings such as water, mountains and light. Interment options include traditional ground burial, mausoleum crypt, mausoleum niche, columbarium niches, cremation burial, scattering gardens, and ossuary. Every winter holiday, the cemetery has two trees on display where family and friends can place a personal ornament or memento in memory of a loved one.

The now-mature Queen’s Park Cemetery is a favorite spot for walkers, runners and nature lovers from North Hill and neighboring communities. With its plentiful trees, walkways, and gardens, it is indeed a beautiful and peaceful cemetery.