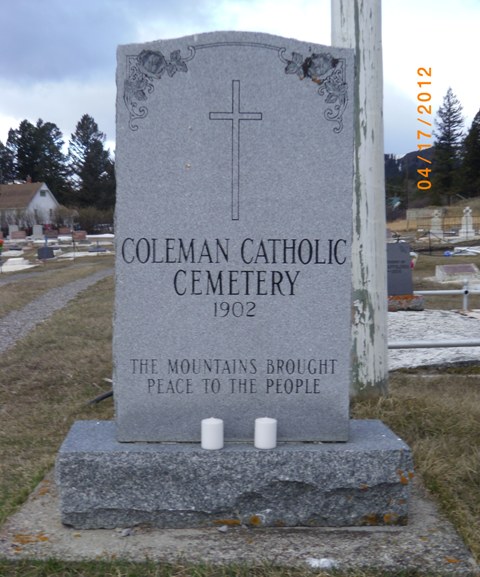 The community of Coleman is located in the Rocky Mountains within the Municipality of Crowsnest Pass in southwest Alberta, Canada. Coleman was named by A. C. Flummerfeld, President of the International Coal and Coke Company, after the middle name of his youngest daughter. The town came into being as a result of the development of large coal deposits and construction of the CPR from Lethbridge to Kootenay Lake via the Crowsnest Pass.

In 1903, a new townsite was laid out a few kilometres west of Blairmore, to service a new coal mine operated by the International Coal and Coke Coleman was incorporated as a village on January 11, 1904. It then incorporated as a town on September 10, 1910. The town grew rapidly, surpassing its neighbour Blairmore as the largest in the region. Coleman had an opera house from 1908 until it burned down in 1948.

Coleman’s coal mining heritage is evident in its several historic buildings, a regional museum, the ruins of its coal plant and coke ovens, several nearby abandoned mines, and the “biggest piggy bank in the world” made from a 36-inch (910 mm) gauge air driven thermos bottle mine locomotive. Much of the downtown section now forms the Coleman National Historic Site.

On November 3, 1978, the Government of Alberta passed the Crowsnest Pass Municipal Unification Act, which led to the formal amalgamation of the Town of Coleman with the Village of Bellevue, the Town of Blairmore, the Village of Frank, and Improvement District (ID) No. 5 on January 1, 1979.