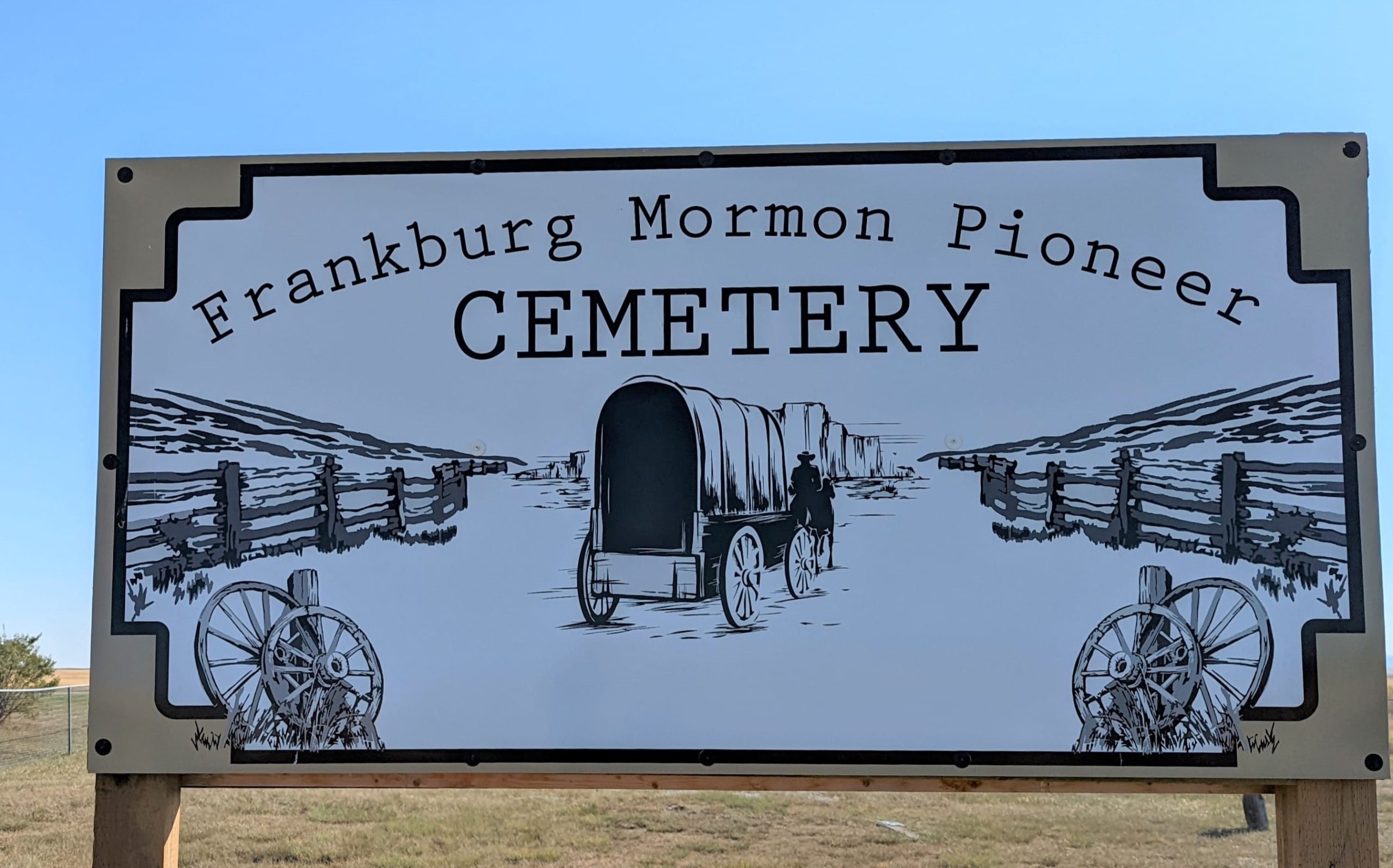 The Frankburg Cemetery is all that remains of the predominantly Mormon settlement of Frankburg Alberta, founded 1902 by Christopher H. Frank of Santaquin, Utah. An agricultural community, Frankburg was populated by farmers from surrounding areas. By 1905 the village had grown to include a church, church meeting house, post office and some fine homes. Early church records state all were doing well financially. But by 1931 due to poor crops and low prices several years in succession, most villagers were experiencing difficulty. Some people moved away, beginning a slow but steady exodus. Year after year crops were destroyed by heavy summer frosts, drought, hail and grasshoppers that plagued the “dirty thirties”.

In 1936 a farmer planted 160 acres of wheat and harvested just 22 bushels. A few courageous families tried to keep Frankburg going. But by 1935, most residents, having lost their holdings and their homes, were forced to move elsewhere. Many moved to Rosemary AB, and some moved to Calgary. By 1937 the church organization in Frankburg was dissolved. By 1945 Frank Lake had dried up and became a flat area of alkali dust. Sadly, all that remains of this pioneer settlement are the 47 graves of those who died forging a part of Canadian history.