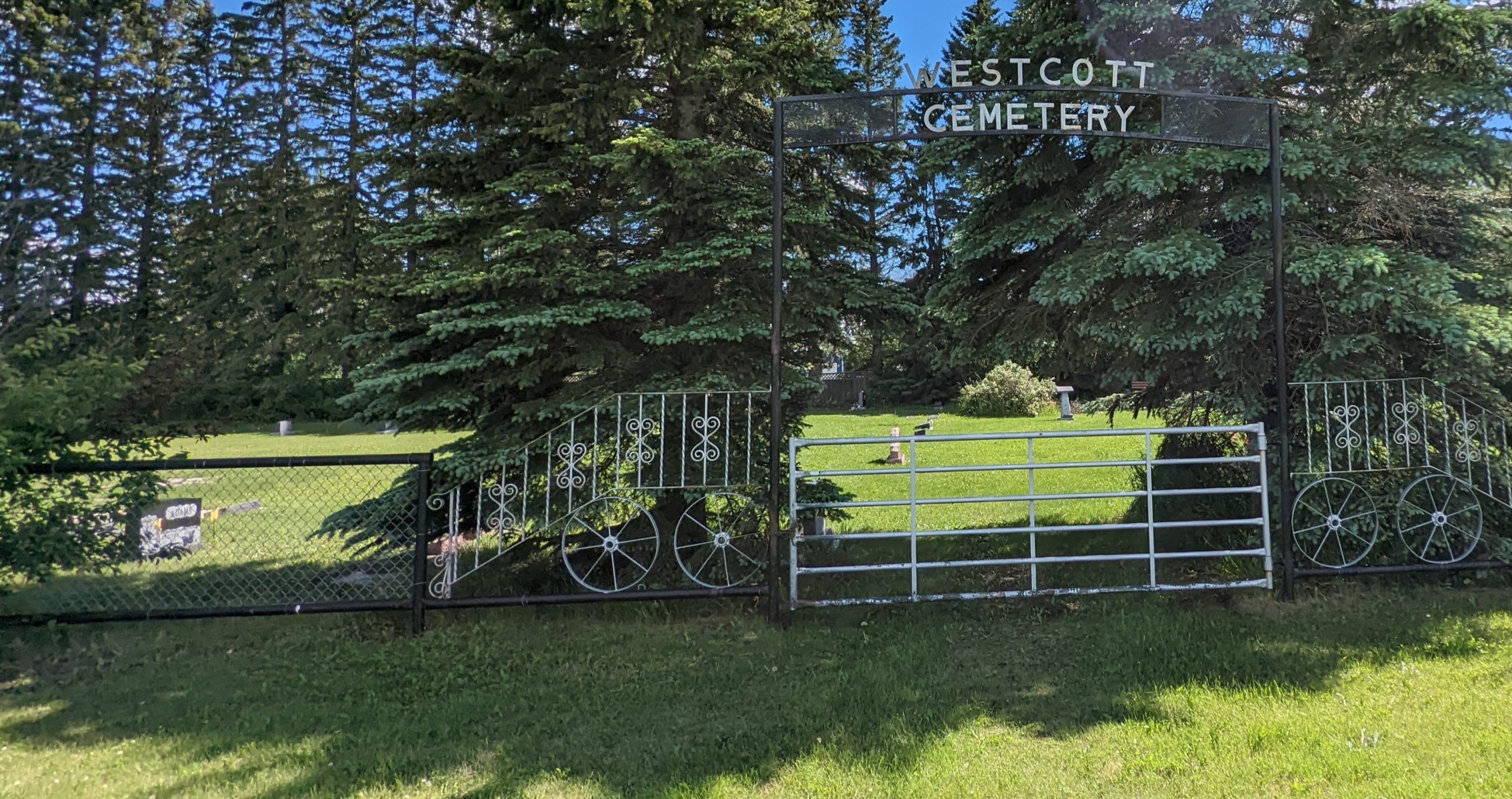 Westcott cemetery, adjacent to adjacent to Westcott United Church, is located in the locality of Westcott, 20 km southwest of Didsbury in Mountain View Country, Alberta. The locality of Westcott is even smaller than a hamlet, and is defined in Alberta as “an unincorporated place, community, or area with a limited or scattered population”. Limited information is available on the locality. The nearest settlement to Westoctt is the Town of Didsbury.

Didsbury began to be settled in 1894 by German Mennonites. Original settlement in the area was sparse. The first concern of settlers was to build a church; and the primary task of the settlers was to create farmsteads. Settlement prior to the post-1900 land rush was limited to the small group who came west in 1894.

1897 saw the arrival of the Canadian Pacific Railway, which pushed forward the town’s development. The CPR constructed a station in the town in 1904. Didsbury was incorporated as a village in 1905 and as a town on September 6, 1906.