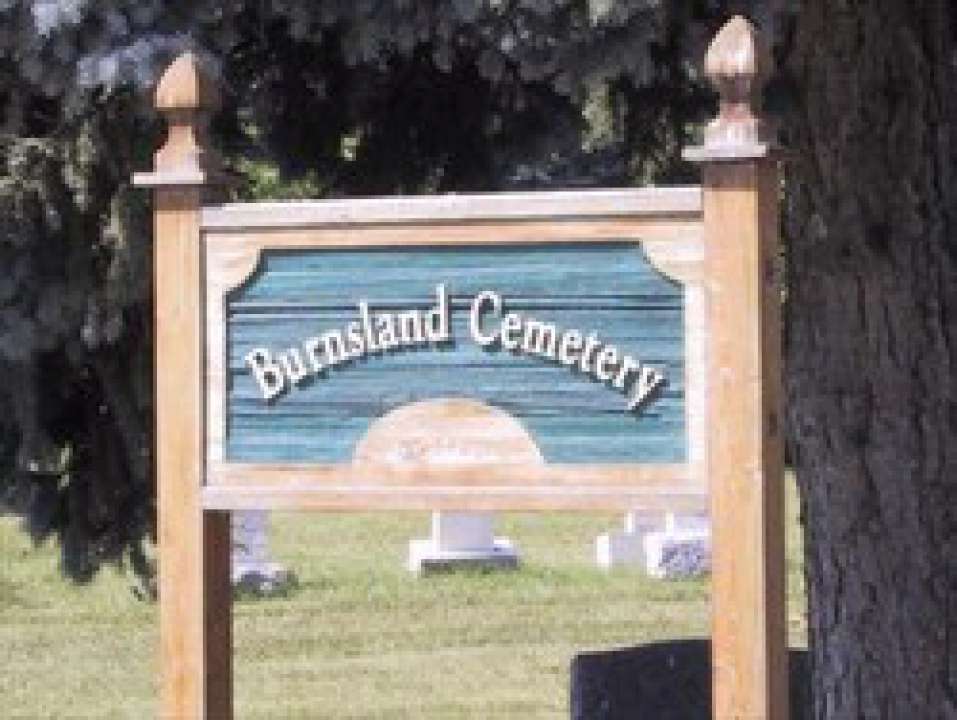 By 1923, the existing Union Cemetery was running short of space, so new burial land was opened at 27 Avenue and Spiller Road S.E, across the road from Union Cemetery. The land was donated by Senator Patrick Burns. This new cemetery was called Burnsland Cemetery. More than 2800 trees and shrubs as well as peony and tulip beds were planted in Burnsland Cemetery. Over an area of 13 hectares (32 acres), there are over 22,000 graves here, and most of the city’s World War I war veterans are buried at this location on the military Field of Honour. The Field of Honour also includes memorials to soldiers from the Boer War, Great War (WWI), WWII and Vietnam War. In 1926 a flagpole was made and erected in the Field of Honour. In 1930 a new entrance and turn-style gate was made in the southwest corner for the convenience of visitors to the cemetery. Burnsland also features one of two Crosses of Sacrifice in Calgary. The Cross of Sacrifice was designed by Sir Reginald Blomfield, finely proportioned stone crosses with a symbolic bronze sword. The other Cross of Sacrifice is located at Union Cemetery. There are 25 Crosses of Sacrifice in cemeteries across North America.

Burnsland contains a larger percentage of home-made markers than can be found in other cemeteries in the city (possibly because it was the cemetery of the depression era). The Calgary Heritage Authority deemed Burnsland Cemetery to be a historically significant cultural landscape that played an important part in the settlement and establishment of Calgary as a city.