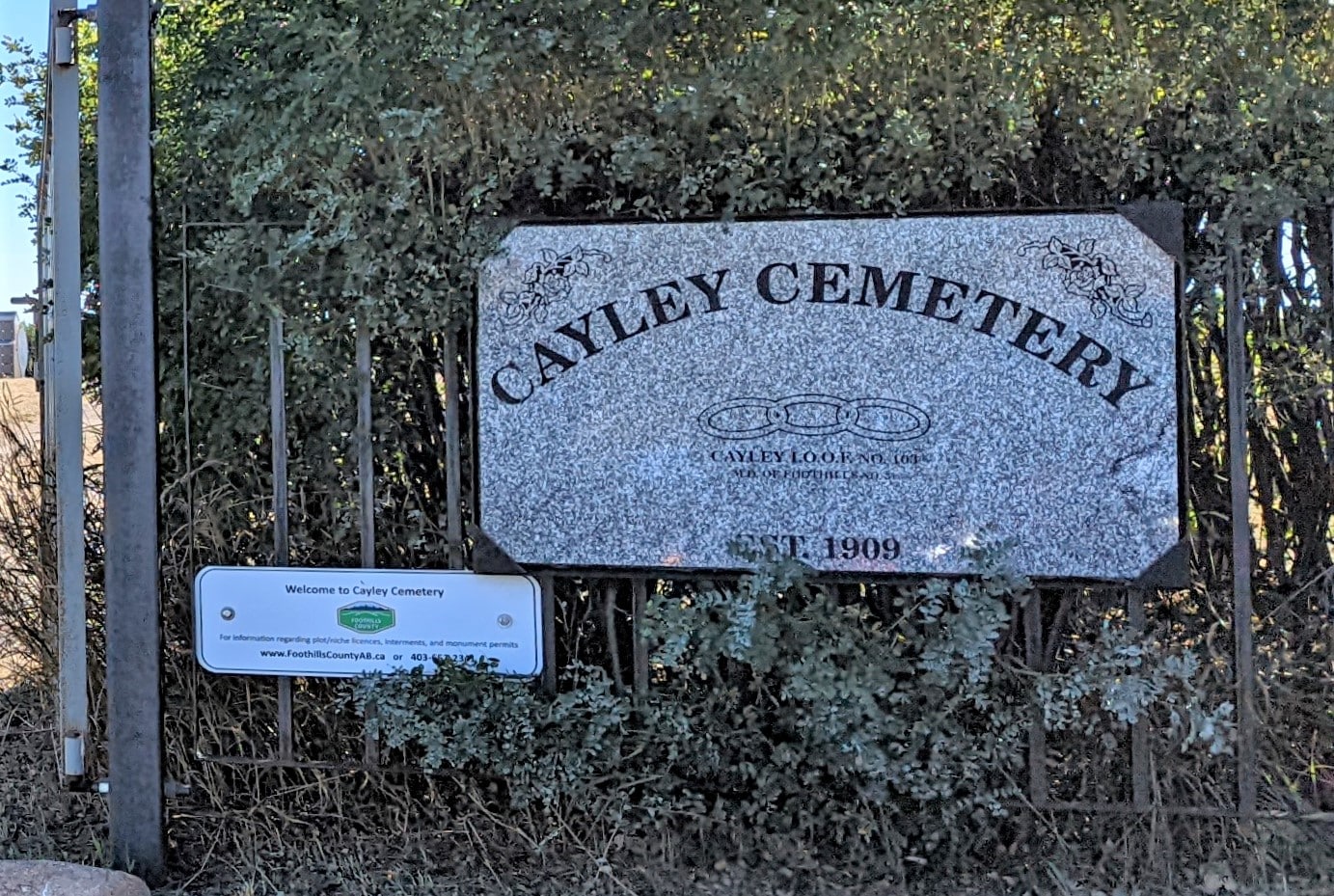 The Cayley Cemetery is a small rural cemetery with approximately 200 interments. It is within the Municipal District of Foothills No. 31 and is about 3 acres in size. It was established in 1909.

The Hamlet of Cayley is located in southern Alberta within the Foothills County. It is approximately 70 km south of Calgary. The community was named for the Hon. Hugh St. Quentin Cayley, a barrister and the publisher of the Calgary Herald in 1884, who also represented Calgary in the Northwest Territories legislature from 1886 to 1894. The hamlet originally contained at least seven grain elevators; all have been demolished. Cayley is also home to a Hutterite colony and a colony school. In 2001, two Cayley Colony girls were the first students from an Alberta colony school to write provincial diploma exams and graduate from high school.

Previously incorporated as a village on August 4, 1904, Cayley dissolved to hamlet status on June 1, 1996. In the 2021 Census of Population conducted by Statistics Canada, Cayley had a population of 414.